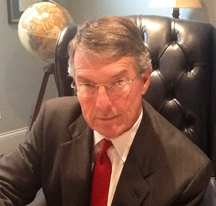 Zack, is a native of Henderson, KY. He graduated from the Arkansas State University in 1975 with a Bachelor’s degree in Political Science. He was a member of the Arkansas State Baseball team. In 1982, he returned to graduate school and completed his education at Salmon P. Chase College of Law.

Upon returning to Henderson in 1985 he was admitted to practice law in all state courts in Kentucky.